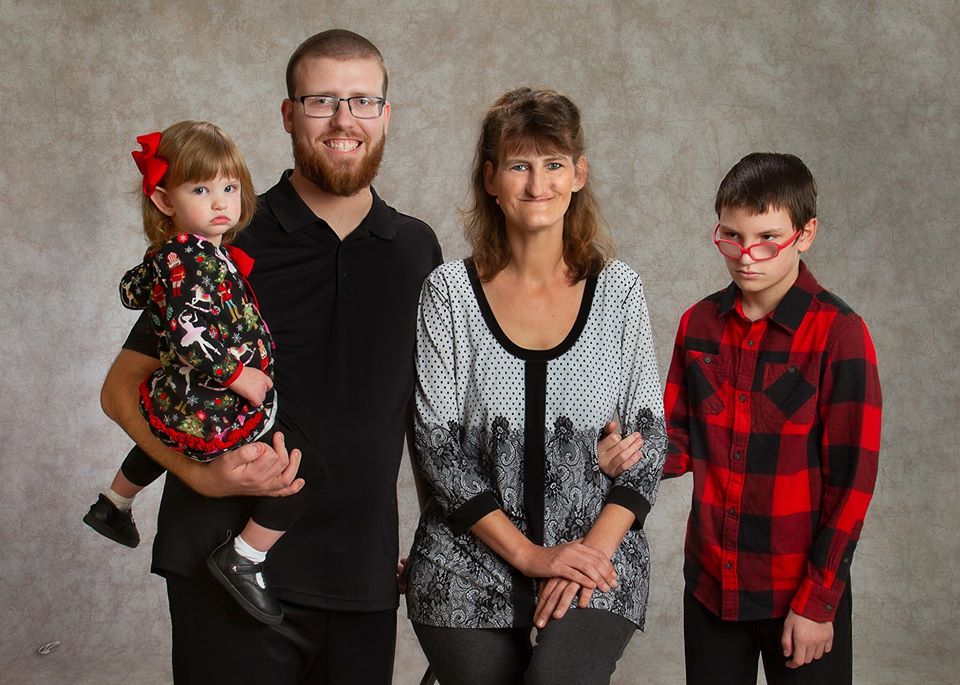 Optimism and overcoming adversity tell the story of Traci Cliff.

That Habitat for Humanity in Bloomington is helping support those things amazes her.

For Traci, it’s her six excruciating back surgeries and managing constant pain and for her son, Drew (age 15), with special needs, and Traci’s married son, Kyle (age 26), fighting serious health issues. And every day, it’s fear of the next hazard in their crumbling mobile home. Yet, she still sees their glass half-full.

And she remembers appreciatively the day they met Herb Ault, a Habitat homeowner since 2017. Says Traci, “For the longest time, I didn’t think we could qualify to be a Habitat Partner Family, but Herb convinced us to try.” She was accepted in July 2018. When her home in the Dodd Street neighborhood is completed in November 2019, the Cliff home will be a short walk from the Ault’s. She adds, “Drew is so excited because he and his best friend – Herb’s grandson  – can get together easily anytime they want.”

When asked what she does for fun, Traci talks about attending craft shows where she sells jewelry and knitted and crocheted items she makes at home. She also talks excitedly about working with her sister-in-law and others at a festival near Ellettsville that helped a big group of kids learn to care for and ride horses, as she did for many years as a youth. “That was so special!”

Among her required Habitat classes on home ownership and money management, a special yoga class stands out for Traci. “It has helped us learn to deal with problems as they come up without stressing out,” she said.

Traci  particularly credits her sister, Tricia, with helping them keep a roof over their heads through the hardships, along with her mom, Georgeanna. And they point to several Habitat staff members, especially Erica Riggs and Rebecca Mankowski, for helping them navigate the Habitat process.

“We’re excited that we’ll soon be living near friends and where neighbors can help each other,” Traci said. “Habitat is making that happen for us.”