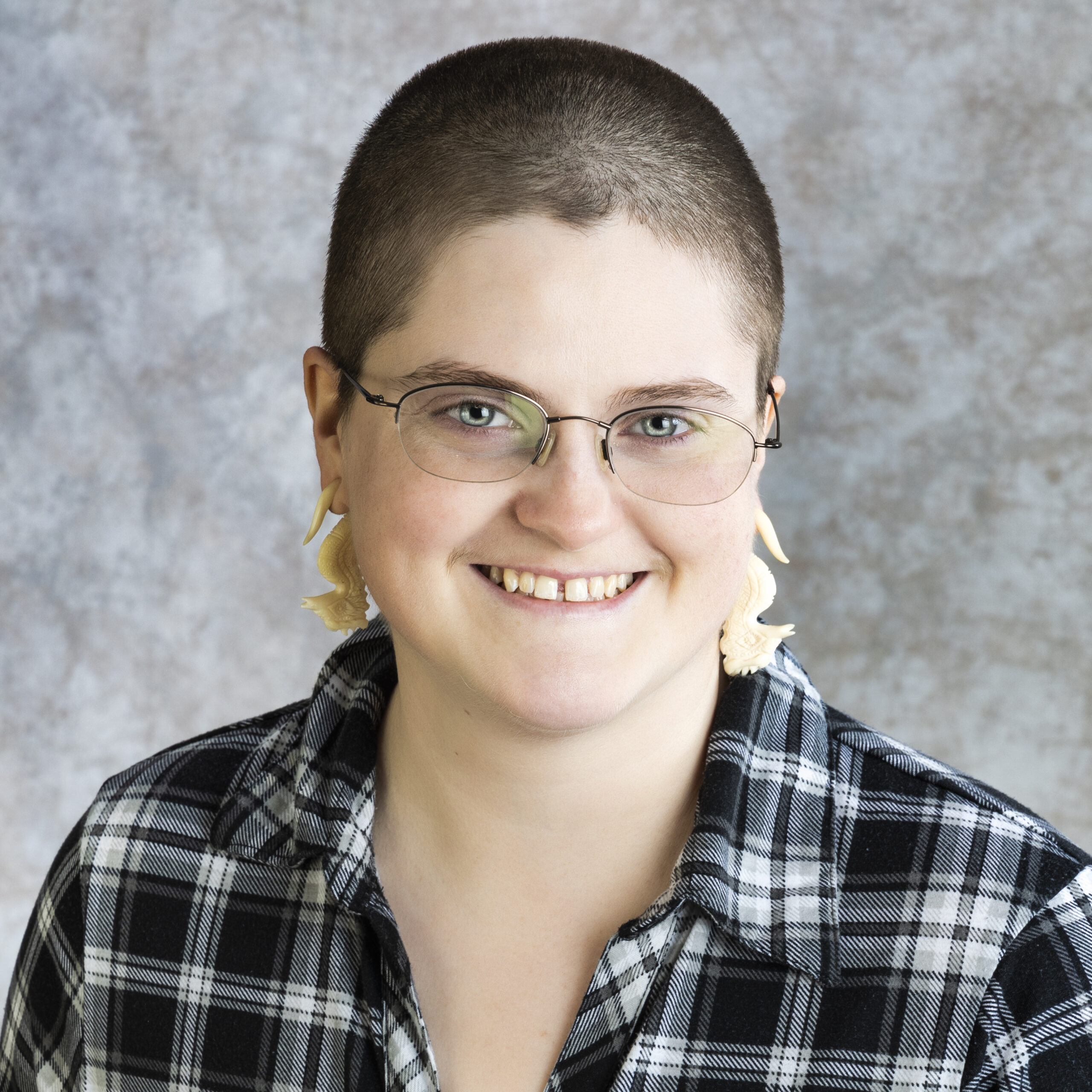 “Living independently is my gateway to finally being safe.”

Charlie Lynn, known as CL among friends, has lived in Monroe County for all of their life, but has never truly felt safe in their living situations. Identifying as queer, non-binary and autistic, Charlie Lynn has experienced harassment, bullying, and discrimination throughout most of their life.

“[In school], they were more worried about punishing ‘weird’ kids for being weird; it didn’t matter that others were making threats to my life. And at home, it wasn’t very different. I want to emphasize the honesty when I say: I have never lived in a safe house,” CL shared.

After finishing college in Connecticut, they moved back and decided to try living on their own. Unfortunately, the high cost of living in Bloomington created its own set of problems. “If it was possible to afford a one-bedroom rental in Bloomington, then I wouldn’t have been in a position to have needed Habitat for Humanity. But I found that was pretty much impossible, so at first I had to find a roommate.”

That task turned out to be just as difficult. Charlie Lynn has a fair share of negative roommate and housing experiences – from theft, chronic substance abuse, and hazardous living conditions, to having to cover unpaid back rent from other tenants – that has forced them to move, on average, once a year for the last eighteen years in search of safer conditions

“Being autistic and being queer is a whole different “bag of marbles” – because for me, the requirements of environmental safety are different for someone who isn’t autistic. Things that can make an environment hazardous for me, don’t necessarily bother other people,” Charlie Lynn explained.

After years of living in unsafe, substandard living conditions, Charlie Lynn was introduced to the Habitat Homeownership Program through their cousin, Kay, who moved into her Habitat home in 2018.

“The one person who was the biggest influence and role model [in my life] is my cousin, Kay. She is the one who convinced me to apply to Habitat. I didn’t think I would qualify, because I thought Habitat was for families who needed big homes and were otherwise living in small apartments. But Kay did it.”

Three years after joining the Habitat program, Charlie Lynn has received their lot offer, with plans to move-in later this year. Unlike Kay’s new-construction build a few years ago, Charlie Lynn will be moving into a newly renovated and refurbished shipping container home.

The Container Home Pilot Project was formed through the winning presentation in a 2019 case competition hosted by the Indiana University Kelley Institute for Social Impact (KISI). The case competition was developed to identify innovative ways for Habitat to make homeownership more accessible to more people.

“I was worried it would remind me of when I lived in a trailer, because that was not a good time in my life. But once I was actually in the container home and walking around, seeing the framework of everything, I felt safe. I didn’t feel like I was being limited by the space, I felt like I was in my own personal enclosure. It helped me feel comforted, secure. Like being swaddled.”

When other construction projects were paused during 2020 and early 2021, Habitat’s crew leaders were able to begin work on the Container Home. This included interior framing, window and door installation, exterior sheeting, and other projects to turn the 320-foot container into a home. In late 2021, the home was moved to its permanent location – which will be just a 5-minute walk from Kay’s Trail View home.

“Some of what I expect out of having a Habitat home is what I’ve seen with her. The way she blossomed under this new independence. I didn’t just see that she was working toward it, but that she was learning how to become a homeowner in the process.”

Charlie Lynn shared that they had some reasonable accommodations requested for the build, but almost all of them came naturally just by being a new, high-quality build project. “I need noise isolation, but luckily this will be a new house with proper weathering and insulation. The specific accommodation I asked for is hard surface floors rather than carpets, because it doesn’t cause me sensory problems.”

“I hope that these more affordable container homes lead to more people having safe shelter. I understand how the lack of safety affects your ability to feel joy and your ability to plan for the future. When I was feeling the least safe, I couldn’t plan even a month ahead. I just know I am capable of so much more,” Charlie Lynn said.

“Autism is a dynamic disability,” they shared. “I don’t know what kind of person I’m going to be after moving in, but I expect it to be someone who has a lot more high-functioning days, and less severe low-functioning days.”

Charlie Lynn said they anticipate their high-functioning periods to last longer once they’re in their new home. Without the daily stressors related to their housing environment, they are excited to have more time and energy for their hobbies of gardening, sewing, crafting, and wood burning.

“Everyone becomes better when they receive support and are in a safe environment. I really hope that is the case for me in the future, and I can’t wait to find out!” 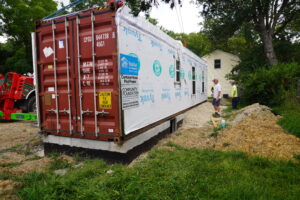 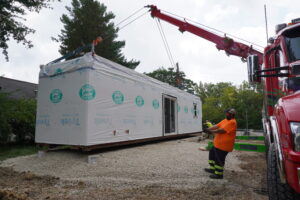 Charlie Lynn’s future home was made possible by the Indiana University Kelley Impact Competition award and funding from Kelley alumnus Lance Breitstein, and a generous grant through The Community Foundation of Bloomington and Monroe County’s Community Impact Grant program.