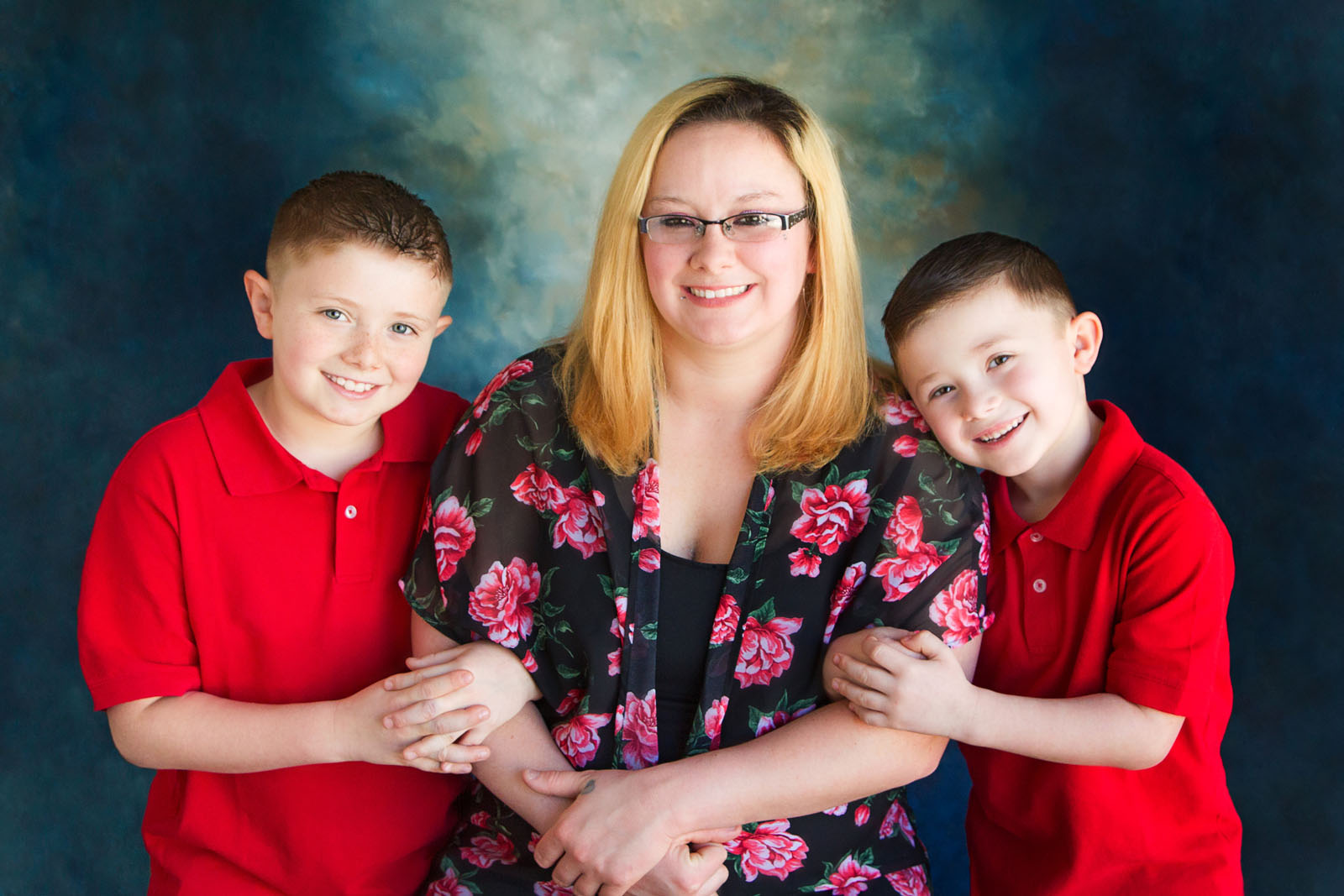 Always go with the choice that scares you the most, because that’s the one that is going to help you grow.” – Caroline Myss

After experiencing several big transitions in her life, Angela Garbett was hesitant to do the same with her children. But after living in an overcrowded home with a leaky basement and a battle with mold, she decided to take the next step: Apply to Habitat.

“I heard about Habitat a long time ago, but I was very nervous to take this big step. But now we’re finally doing it – I’m about to become a homeowner,” she said.

Angela has worked Indiana University as an Environmental Operations staff for over three years, in order to provide for her two sons, Alexavier (10) and Hunter (6). Though the boys share their favorite activities of swimming and playing at the local parks, they are excited to soon have their own rooms. “They like to do things together, but the sides of their rooms are really different,” she said, pointing to their differing cleaning habits.

In the eight short months since she joined the homebuyer program, Angela has already earned over half of her 250 required sweat equity hours! Many of these came from activities at the ReStore, so she is excited to learn helpful construction skills throughout the building process of her Cedar Chase home. “I want to learn a lot about building things in the house. It will be helpful to the kids for me to know how to do it. Then I can teach them later on,” Angela said.

She is also looking forward to living next door to another new Habitat family, who she has gotten to know through the homeownership classes. These classes, Angela explained, have also helped her become more comfortable with public speaking – something she never thought she could accomplish. “Habitat has taught me to not be scared to try new things.” She also added,

“Habitat has surrounded me with a lot of great people with big hearts. It shows that not everyone is going to do you wrong, but that there are still people who do things out of the goodness of their hearts.”

The Garbett home is sponsored by the Indiana University Campus Chapter.