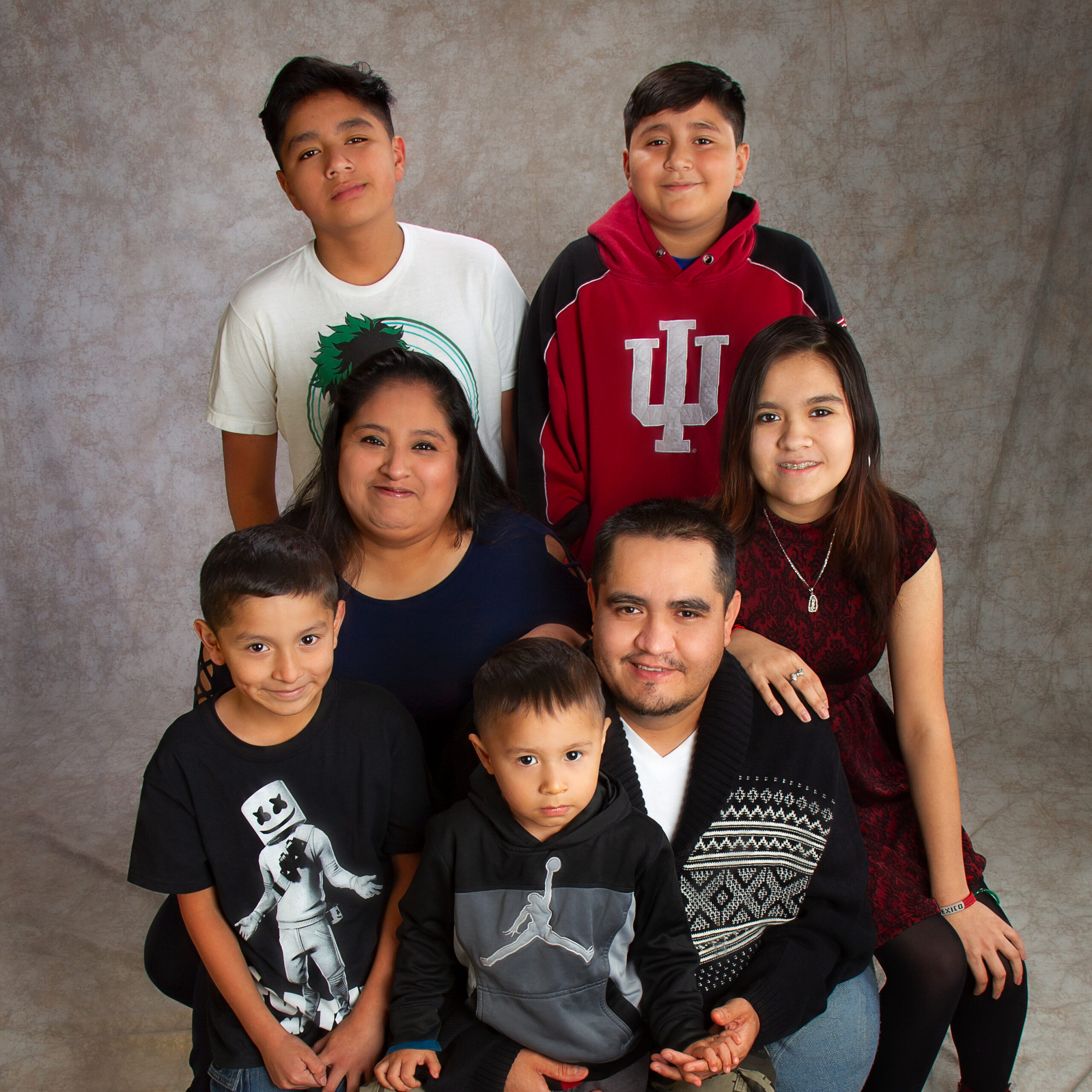 “It does not matter how slowly you go, as long as you do not stop.”  – Confucius

What started as just an idea three years ago will soon turn into a reality for Javier and Veronica. By mid-October, the couple and their five children — Karen (16), Anthony (13), Jonathan (10), Javier Jr. (8), and Angel (5) — will break ground on their new home in Habitat’s Osage Place Neighborhood as part of the 11th annual Whirlpool-Kelley-Habitat Blitz Build.

Javier and Veronica have called Bloomington home for the last twenty-two years, having each moved to the city from Central Mexico in 1999. Soon, “home” will have a new meaning for this family of seven. They currently live in an overcrowded apartment, where some of the children occasionally sleep in the living room “just to get some space from their siblings.”

“Above all, my children are happy because we will have our home, and they will no longer have to move from one place to another. It is a place where we are all going to be united — watching them grow and enjoying their home.” Veronica said they had a meeting with the children and talked about how they would be moving into a home – not just a building – but their new home. “Everyone will get more space, but they know it will also come with more responsibilities to keep it going.”

The pandemic caused some difficulties for the family, but they have “learned how to be patient.” When Javier lost his job at a restaurant he was “scared for a period of time,” but soon found other work as a handyman while Veronica continues to work at Sami’s Pancake House. They are proud and grateful to work with Habitat, and to have this opportunity for their family. Javier was introduced to the program by his sister, who moved into her Habitat house around 2016. She helped explain the process, and served as a great motivator as they completed their homeowner readiness classes and earned sweat equity hours at the ReStore and construction sites.

“We are grateful for everyone who has helped us. We really didn’t think it was possible, but I thank everyone for the support they are giving us. We’ve learned it won’t be a traditional process how the house will be built, but we will work with all sorts of people in our community. We are grateful for the Bloomington community, IU, Whirlpool, and certainly for Habitat,” said Veronica.