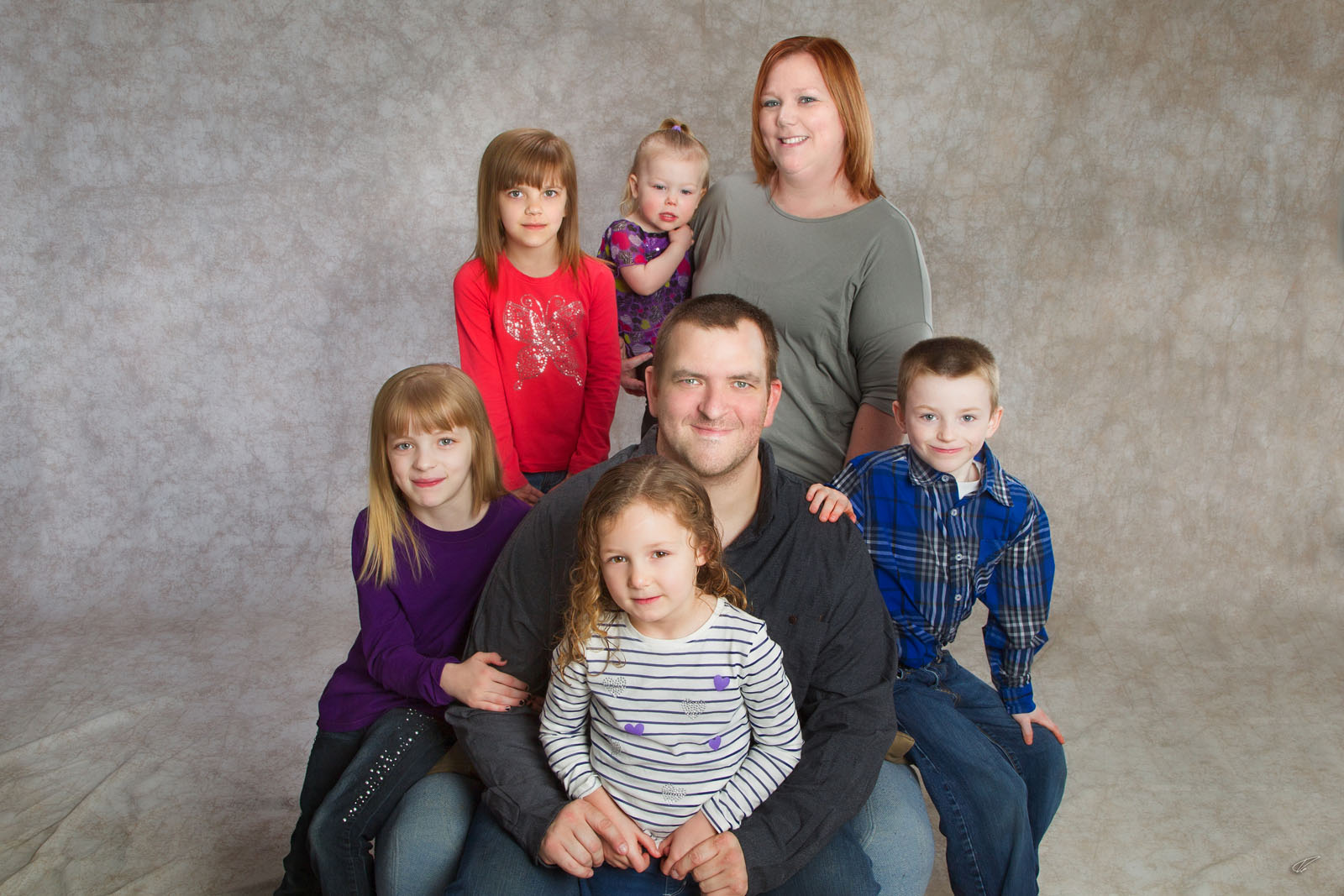 The Plantz Brooks family is not the type to take the easy path. With five children and the numerous activities (football, softball, and dance) each child is involved in, that’s pretty much impossible! Even the story of how Chelsen adopted Carissa 10 days after her daughter Edie was born shows how determined they are to do what is right for their family, even if it might be a lot of change at once. So, it comes as no surprise that Chelsen and Matt didn’t only spend the last year becoming Habitat homeowners.

During the time when many people would focus solely on attending classes, building up volunteer hours and working on their own home, Matt changed jobs, Chelsen worked on a degree in radiation therapy, and together they lost 192 pounds. As Chelsen says, “If you want it, you just have to do it.” They wanted a different life for their family and they worked hard over the last year to achieve it.

Chelsen had heard about Habitat, but never really looked into it for herself before her sister invited her to attend an information meeting. Her sister didn’t end up applying, but Chelsen decided she had had enough of living with five children in a three bedroom trailer that was falling down around them. What she and Matt most enjoyed about being part of Habitat was seeing the many ways that people help each other. “You hear about so much bad stuff in the world. People don’t hear enough about all the good stuff that people do for each other.” Chelsen also stresses how Habitat is more than just houses. Future homeowners learn how to care for their home and learn about budgeting.

Now, the family is most excited about having their kids’ birthday parties in a home they’re proud of for the first time. Chelsen was so excited to sign their mortgage that she went to the appointment even though she was sick at the time. She said, “It was the best five minutes of my life. I was so excited, nothing could stop me from going!”
Chelsen’s advice to people who are thinking about becoming Habitat homeowners is simple: Don’t think about it. Just do it! She thought about it for years, and wishes she had taken the leap a long time ago. Now, instead of a trailer with floors that are falling in and holes in the wall, she and Matt have a home that the entire family can be proud of—Christopher (age 9), Adi (age 8), Carri (age 7), Carissa (age 6), and Edie (age 2). The family has space so that they aren’t on top of each other all the time. They have a home they know is theirs. And, with the time they no longer need to spend on trailer repairs, they can focus on their hobbies: football, softball, and dance for the kids and scuba diving for Matt and Chelsen.