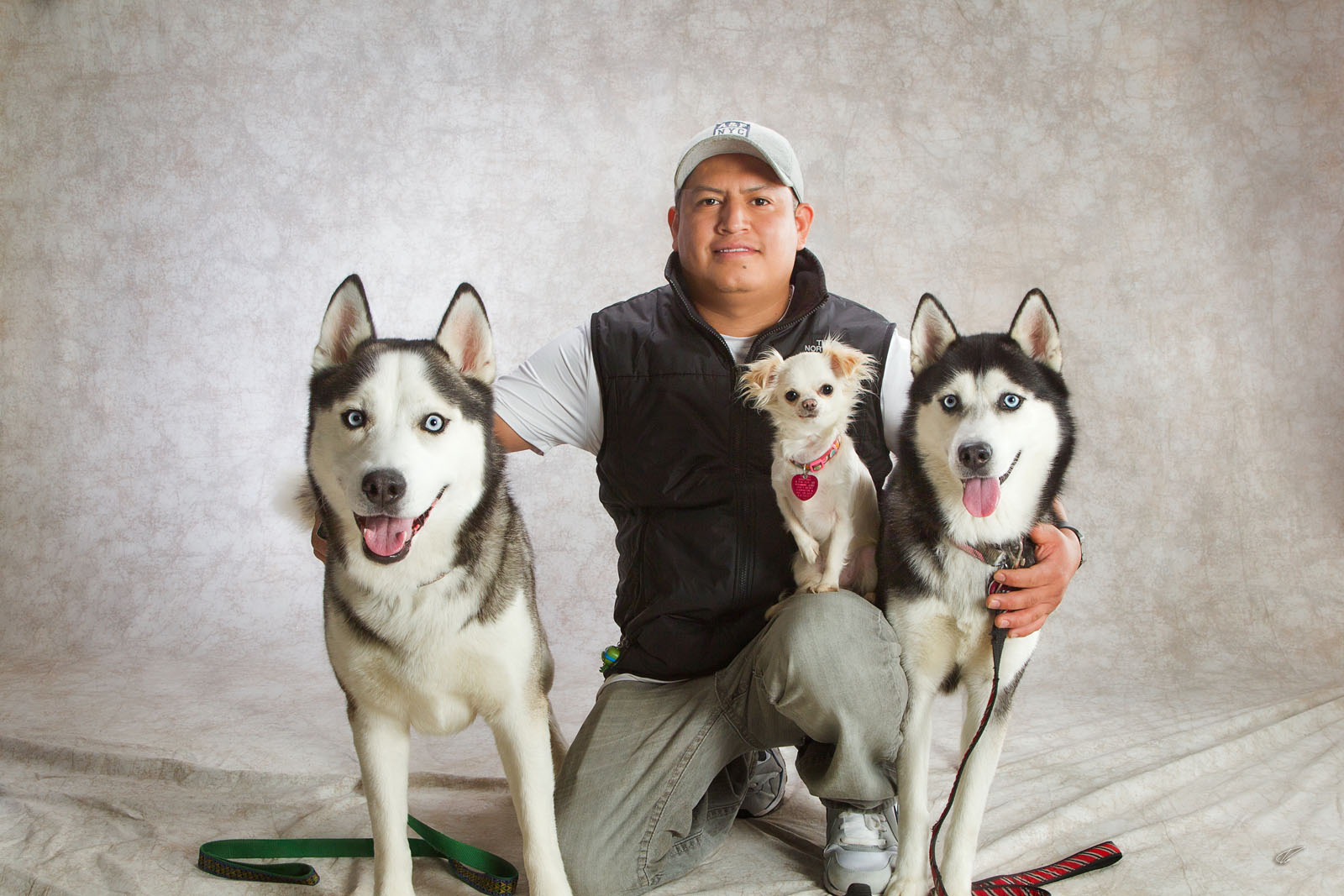 Two things define Bernardo Solano:  his love for his dogs and his commitment to Habitat. Both of these have made it possible for him to buy a new home for his family, including its canine members.

Bernardo is originally from Tepalcingo, Mexico, a small town just south of Mexico City in the State of Morelos. Life was challenging there; he is part of a large family, and it was difficult to balance his studies and need to work. So, after a recommendation from a friend, Bernardo moved to Bloomington ten years ago in search of a better life.

Bernardo has worked in food service at several restaurants around town and has been a meat cutter at Texas Roadhouse for the last four years. He currently lives in a crowded apartment with three friends and his three dogs.

Bernardo’s three beloved dogs truly illustrate the saying about being man’s best friend. Two—Chapo (age 4) and Mía (age 3)—are Huskies, and Luna (age 2), is a feisty Chihuahua. All three are, Bernardo says enthusiastically, “filled with energy,” and he loves to take them to Ferguson Dog Park to run and play. Finding a home with space for his dogs has been especially important for Bernardo. He says, “I am filled with pride to have worked to buy my own space, and space for my wonderful, loyal dogs.”

When asked what he likes the best about his work with Habitat so far, Bernardo is enthusiastic about what he has done and learned. He loves working at ReStore, where he has logged most of his hours of “sweat equity.” In fact, he likes ReStore so much that he wants to work there even after he has completed all of his hours. He also has positive things to say about the classes he has taken in preparation for home ownership, especially what he learned about managing finances. “Habitat,” he concludes, “is a program to help people who need help—they teach you, and they give great advice.”